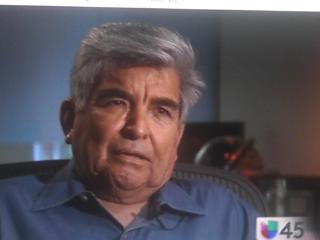 The Greater Houston Coalition for Justice (GHCFJ) has dedicated this web page to the victims and families of those who died or were seriously injured due to the use of deadly or excessive force by police officers, during traffic stops, investigations, or while in the custody of law enforcement officers of the Houston Police Department, Harris County Sheriff’s Office, and other agencies in the greater Houston metropolitan area and its surrounding counties.

“Criminal Justice for the community of color has been elusive in Houston-Harris County. A perception that in Harris County exist a discriminatory institutionalized criminal justice system, beginning with the Harris County Grand Jury, police department’s internal affairs and other criminal justice institutions. The format of the Greater Houston Coalition for Justice is  for the purpose of initiating a cohesive community strategy to address critical issues that could result in serious consequences to our communities.”

Whereas it is recognized that, for the most part, most police officers,  at all levels of government are dedicated and compassionate men and women, the Greater Houston Coalition for Justice recognizes that there is a significant number who exceed their lawful authority and discretion, and hurt, maim, or kill innocent individuals or bystanders.

The GHFCJ, or Coalition, denounces such deplorable incidents. GHCFJ Coalition members praise the efforts of the good men and women who are employed by those agencies, their sacrifice and risk their safety  in keeping residents safe.