Immigrants and the economy

Texas is home to nearly 4.5 million immigrants, the second-largest population of immigrants in the country behind California. They play an important role contributing to the state as both taxpayers and consumers. By spending the money they earn at businesses such as hair salons, grocery stores, and coffee shops, immigrants also support small business owners and job creation. The vast majority of new Americans in Texas are working-age; they serve as everything from groundskeepers to software developers, making them valuable contributors to the state’s economic success. 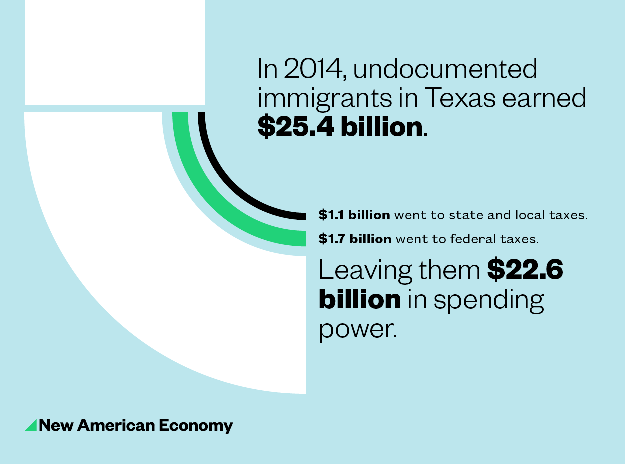