The jury is out with the results of the explosions at the KMCO facility and the Intercontinental Terminals Co. plant in Deer Park.

Below are some articles from the Houston Chronicle that I take the liberty to post because of the valuable information it provide us.

The Greater Houston Coalition for Justice, Environmental Justice Committee, had a news conference in support of concerned community members on the ITC Petrochemical Fires. community members complained of aggravated asthma, wheezing, nosebleeds, feeling as if one is coming down with a virus, vomiting, light headedness, fainting, dry and/or bloody nose, scared to use city water, anxiety, and panic attacks.

Meantime, please read the information below, educated yourself on how to lake positive and constructed actions such as calling on your local, state and congressional elected officials to place priority on your safety by enforcing  the  Environmental laws on the books. I used Kristina McMahan header on her article for the importance of your need to know.

What You Don’t Know Won’t Hurt You

The silenced story of what we are doing to our environment.

Chemical Breakdown: How we reported this story

The Greater Houston Coalition for Justice will address the proposed legislation by Senator Paul Bettencourt (R-Houston) who filed SB1385 to restructure the Houston Independent School District Board of Trustees.

Or rather then fix the problem, a power grab. “Don’t throw the baby out with the bathwater” let the citizens of Houston decide the outcome of the problem.

This will be a hot issue that will be a priority item on GHCFJ’s upcoming board meeting this coming Saturday March 9, 2019. 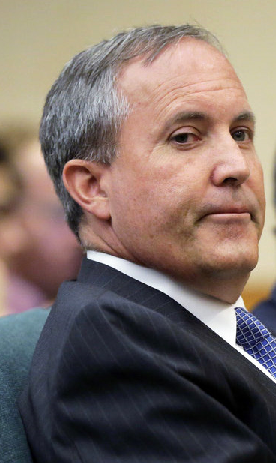 AUSTIN —  Wielding banners denouncing deportations, dozens of young immigrants and immigration advocates rallied outside of Texas Attorney General Ken Paxton’s office demanding that he stop trying to kill a program intended to protect young people, who entered the country as minors, from deportation.

About a hundred people, including at least a dozen from Houston, descended on the capital Tuesday as part of a national effort to defend the Deferred Action for Childhood Arrivals (DACA) program, which shields immigrants brought to the United States as children from deportation and allows them to work and study.

Paxton has strongly opposed the Obama Administration’s executive order establishing the program, as have other attorney generals in at least nine other states. That prompted hundreds to defend the program Tuesday in demonstrations around Texas and the country, including New York and Washington, D.C.
Vanessa Rodriguez, 23 of Austin, told the group gathered outside of Paxton’s office that the day she applied for DACA in 2012 changed her life forever.

“Thanks to DACA, I am undocumented and unafraid,” she said.